The brain works like a big computer. It processes information that it receives from the senses and body, and sends messages back to the body. But the brain can do much more than a machine can: humans think and experience emotions with their brain, and it is the root of human intelligence.

END_OF_DOCUMENT_TOKEN_TO_BE_REPLACED

1. Complete the sentences using one of the following words. Use a/an where necessary.

END_OF_DOCUMENT_TOKEN_TO_BE_REPLACED 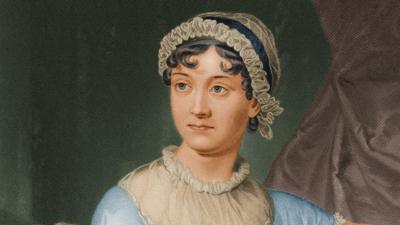 Let’s start with a literary figure who has had more influence on British culture than she would ever have known during her relatively short life (she sadly died at the age of 41).

Jane Austen started putting pen to paper when she was just a teenager and went on to write six major novels which revealed what life was like in the late 1700s and early 1800s. Four of them were released within just four years of each other! That’s some seriously rapid writing.

These were Sense and Sensibility, Pride and Prejudice, Mansfield Park, and Emma. Northanger Abbey and Persuasion were published after she died — and they are loved all over the world. There was actually a seventh and final novel, but sadly she never got to complete it.

While she was alive, she actually published her books anonymously, so nobody knew her as a writer. It is widely accepted that she never got the credit she deserved until after her death.

Now, just over 200 years since she died, millions of people carry Jane around in their pockets every single day. That’s because her face is now on the new £10 note as a way of marking just what an enormous impact her work still has today.

You were Were you? You were not

We were Were we ? We were not

You were Were you ? You were not

They were Were they ? They were not

1) My mother was a teacher.

Was my mother a teacher?

My mother wasn’t a teacher.

2)My brother and I were good tennis players.

Were my brother and I good tennis players?

My brother and I weren’t good tennis players.

3) Ann was at home. Her children were at school.

Was Ann at home? Were her children at school?

Ann wasn’t at home. Her children weren’t at school.

Were my keys in the bag?

My keys weren’t in the bag.

Was I afraid of dogs?

I wasn’t afraid of dogs.

7) Your hands were cold.

Were your hands cold?

8) They were in the garden.

Were they in the garden?

They weren’t in the garden.

Was Mary in her car? Was she on her way home?

Mary wasn’t in her car. She wasn’t on her way home.

Were we at a lesson?

We weren’t at a lesson.

11) It was an English newspaper.

Was it an English newspaper?

It wasn’t an English newspaper.

12) The walls in our classroom were yellow.

Were the walls in our classroom yellow?

The walls in our classroom weren’t yellow.

13) The door and the window werewhite.

Were the door and the window white?

The door and the window weren’t white.

Was this man an engineer?

This man wasn’t an engineer. haa

15) Her mother was Italian, and her father was Australian.

Was her mother Italian, and was her father Australian?

“The meaning of my name”

5. They are students of “Photography” department.

6. Those men are doctors.

7. Tom and Ben are best friends.

8.This is my exercise book.

I hope they will be ready by 8 am.

I’m sure it will be easy

They will arrive in Yerevan tomorrow at 4:00

We will be very glad to meen you again

I think they will be tired at that hour

It would be better if you told the truth.

I almost always listen to music or podcasts while I work.